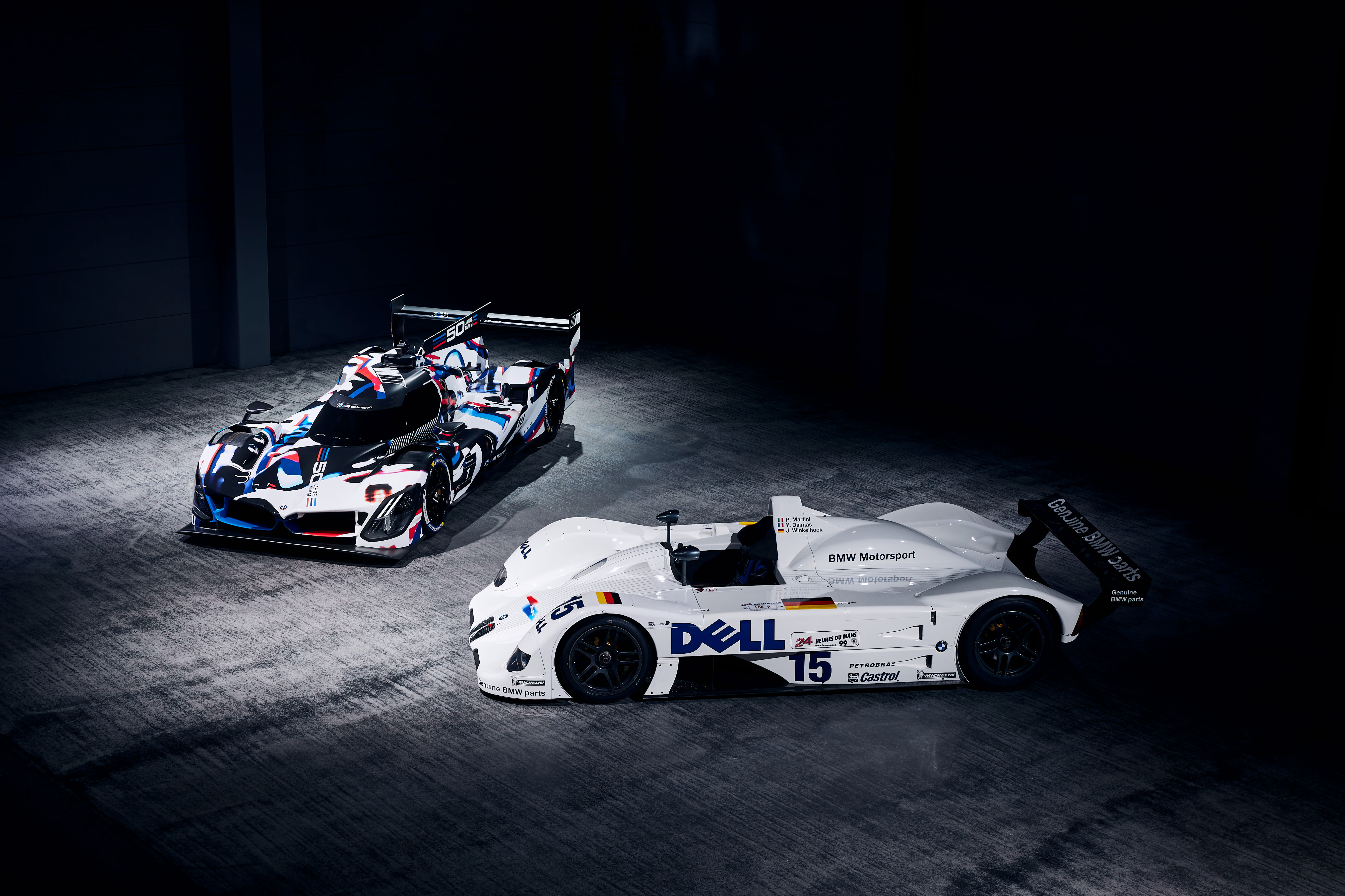 BMW M Motorsport returns to the FIA World Endurance Championship (WEC) and the 24 Hours of Le Mans (FRA) in 2024. One year after its debut season in the North American IMSA WeatherTech SportsCar Championship in 2023, the new BMW M Hybrid V8 will also take on the top-class opposition in the Hypercars category in the official FIA World Endurance Championship. On Monday, 25th July, the first BMW M Motorsport prototype since the legendary BMW V12 LMR completed its first laps at the roll-out in Varano de Melegari (ITA).

“The decision to run the BMW M Hybrid V8 in the IMSA series from 2023, and the WEC from 2024, is a milestone for the project,” said Franciscus van Meel, CEO of BMW M GmbH. “I sampled and marvelled at the extraordinary flair of the 24 Hours of Le Mans during my first term as CEO of BMW M so I am very excited to be challenging for overall victory as BMW M Motorsport again at this classic and in the whole World Endurance Championship for the first time for decades. The BMW M Hybrid V8 represents a turning point towards electrification for BMW M. The IMSA series in North America and the WEC, which takes place all over the world, are the perfect platforms, on which to use our prototype to show how exciting electrified BMW M cars will be in the future.”

Andreas Roos, Head of BMW M Motorsport, said: “Due to the very tight schedule for the LMDh project, the plan has always been to focus on one field of application in the first season in 2023. The IMSA series is perfectly suited for this. However, our mid-term goal was obviously to race on two fronts with the BMW M Hybrid V8, and also to use the major platform provided by the WEC and the 24 Hours of Le Mans. We are now working determinedly towards this, at the same time as our programme in North America. We took the next important step on Monday. The car successfully completed its roll-out at Dallara in Varano de Melegari. We now start the intensive test work before the race debut in January 2023 at Daytona. 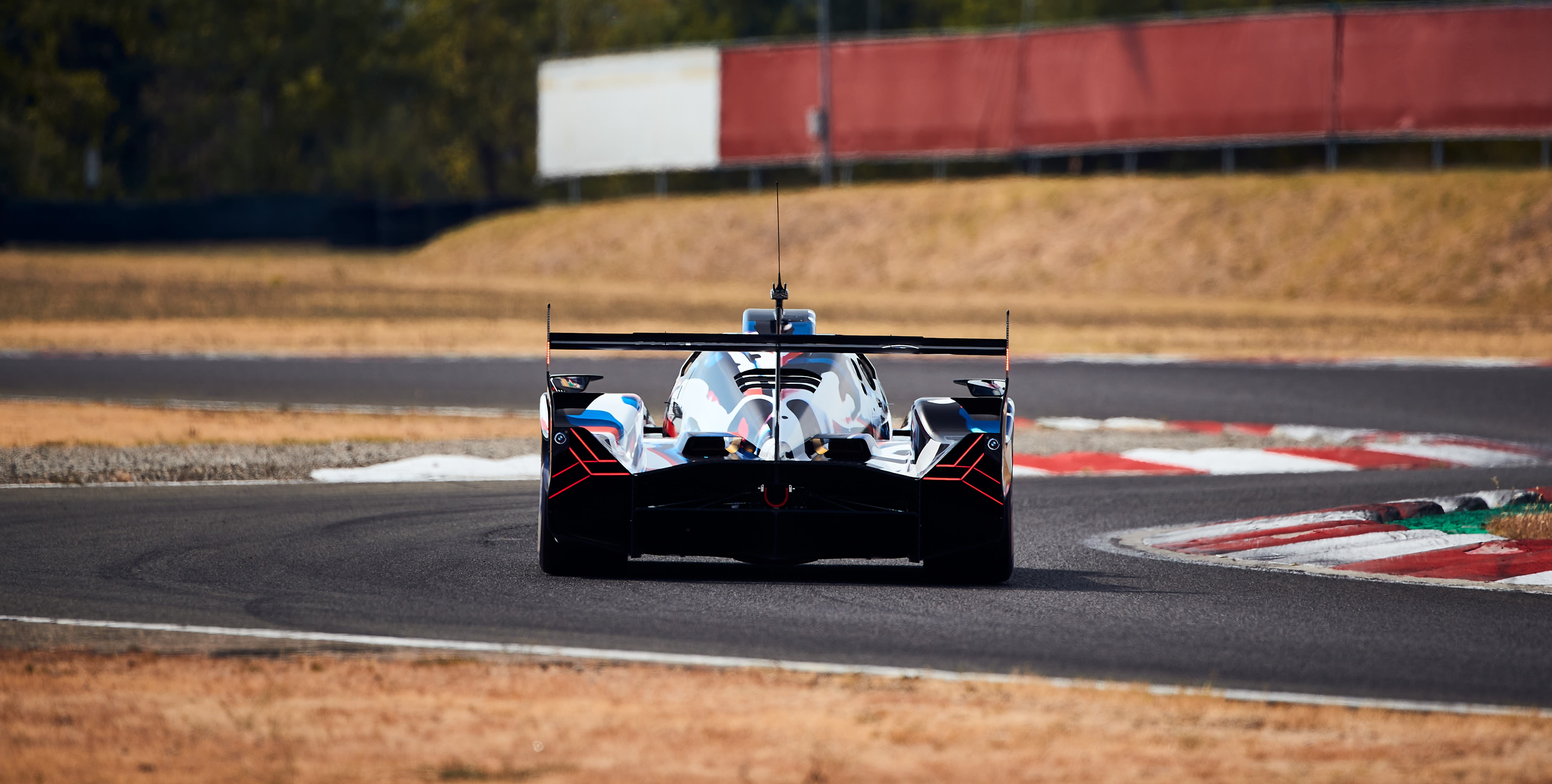 The BMW M Hybrid V8 not only used the Dallara test track for its first functional test, but also spends several days on the track there this week. BMW M works drivers Connor De Phillippi (USA) and Sheldon van der Linde (RSA) alternate at the wheel. “It’s been an honour and a pleasure to complete the first laps of the BMW M Hybrid V8”, said De Phillippi after Monday’s roll-out. “This was a historic day for BMW M Motorsport within the LMDh project. Step by step we went through all functions of the car and by the end of the day we were able to do some laps with nearly full power, which is a good result for a roll-out. A huge thank you to everybody working so hard for this project at BMW M Motorsport, BMW M Team RLL, BMW M Team RMG and Dallara!”

More European tests are scheduled for August before BMW M Team RLL and a crew of BMW M Motorsport experts start IMSA-specific preparations with testing in the USA from September. Over the course of the test phase, numerous BMW M works drivers will be at the wheel. Who occupies the cockpits for the 2023 IMSA season will be decided at a later date. The same goes for the operations team for the WEC and the drivers for the 2024 season.

The year after next, BMW M Motorsport returns to Le Mans with a prototype for the first time since 1999. Back then, Joachim Winkelhock (GER), Pierluigi Martini (ITA) and Yannick Dalmas (FRA) took overall victory after 24 hours of racing in the BMW V12 LMR. In the same year, the car also triumphed at the 12 Hours of Sebring (USA), where its successor, the BMW M Hybrid V8, will compete in 2023.

YOUR PERFECT BMW COULDN’T BE CLOSER.